Scripture Reading: Isaiah 40:28-31 “Have you not know? Have you not heard? The Lord is the everlasting God, the Creator of the ends of the earth. He does not faint or grow weary; His understanding is unsearchable. He gives power to the faint and to him who has no might He increases strength.” (Isaiah 40:28-29) O […]

via OUR UNTIRING GOD — Life Changing Truths from Shelton Sanford

My grandmother made the most wonderful fruit cakes. I have recently learned she even made them for other people to make a little extra money at Christmas. I make them now. Not every year ,but this year that is what my dad is getting for a present. He loves Big Mammas fruit cake and now that my mother doesn’t embark on the fruit cake mission it’s up to me.

The  prep is the hardest part. The pans have to be oiled and paper lined then oiled again. Years past we had to chop all the fruit but today we can buy the fruit mix ready to go. It messes up every thing in the kitchen  and takes large pans to mix in but this is the only fruit cake I eat.  It is GOOD. What is your special for Christmas?

I wonder what our Lord would say if he came down this Christmas ? Would he say we’ve done good or would he disapprove of all of this celebration. I’m sure he would be glad for all the family gatherings provided it is a happy occasion and doesn’t get into an uproar. Why can’t we all get along? That seems to be the mantra lately. Well…maybe it’s because some of us forget or never knew why we have this celebration to begin with.

Our Lord did come down a long time ago and is coming back. Soon , some of us think and pray for daily. I guess this is so on my mind today because some people I love dearly have already made the trip to the other side of eternity. I’m  wondering what” Christmas ” is over there.. Do they know how much they are missed. Do they know how much they were loved and are still loved every day even though they aren’t here. Do our acts of celebration mean any thing to the heavenly host or is it  looked at as frill. I wonder.

We will be at my #3 son house tomorrow . He won’t be there but his family will and we will talk to him during the day. Some jobs have to go on ..doesn’t matter the celebration. We will enjoy good food and play with the Grands. I did make a cake …a birthday cake for Jesus.  Would Jesus like coconut ?   Merry Christmas …Please keep Jesus in your celebration. 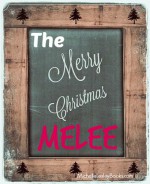 When we exert pressure on corporations to say “Merry Christmas”, what real change are we effecting?

“And we know that all things work together for good to them that love God, to them who are the called according to his purpose.” Romans 8:28

Years ago , in my young adult  Sunday School class, one of the mothers who had a challenged child told us about having to rush her to hospital, We had recently been studying about being thankful and one  of the other mothers said ” Were you thankful?”She was being rude to say the least. “Yes. I was able to give thanks for the situation” was her answer. That has always stuck in my heart and I have always tried to live up to that demand.

On December 15, 1996  it was the hardest thing I have ever done. Troy and I were ready to walk out the door going to the Madden Baptist Christmas choir program. The phone rang and my son Todd said,” Momma, Bens gone”. GONE..gone where.?

The year before Troy and I had moved back to Mississippi and Todd and Ben remained in Alabama. Todd was married and they both had good jobs. The three of them had been “home” for Thanksgiving and planning to be back for Christmas .It would be after Christmas but they would come.

As they pulled out of the drive I told Ben not to come by himself but to wait for Todd and Leeanne. He yelled back, ” I’ll be home for Christmas”( and he was )

“Ben has been in an accident and he’s not with us any more.” At Ben’s funeral it snowed.  Not much but just enough. Ben loved the snow because he could get out there in his big truck and help. When the blizzard of 93.hit Mentone with 20+inches of snow we were in for a long time of make do. Ben got really upset when he couldn’t get his truck to go.  But after loading the bed with logs he was out  and able to help carry water and supplies to those who couldn’t get out. Of course he played a lot too. Boys will be boys ,they say.

Mentone, Ala. is a special place. beautiful mountain village with a lot of birds.  We had hundreds of Chick-a-dees and  a feeder on the window of our kitchen kept us entertained. When we move here we knew they  here, we could hear them but never saw them. After moving into our “now’ house on the first Mothers day after Ben left us the tree outside my kitchen window was full of chick-a-dees.  Now I know Ben didn’t send them but I do think our God sends us little reminders that everything is gonna be alright. Oh, and on the first anniversary of his passing…it snowed …6” in central Mississippi.

Our God is good!

If I don’t get back to blogging before Christmas…Blessings to you all. Love each other because we aren’t promised tomorrow.

Scripture Reading: Isaiah 31:1-3 “Woe to those who go down to Egypt for help and rely on horses, who trust in chariots because they are many and in horsemen because they are very strong, but do not look to the Holy One of Israel or consult the Lord!” (Isaiah 31:1) One of our greatest problems […]

Everyone who has access to any news outlet these days is familiar with the wall mentioned hundreds of times by Donald Trump throughout the presidential campaign season. Now president-elect Trump co…

Throwback Thursday ~ 8 Christmas Tradition Do-Overs (and Do Over and Overs!) — Michelle Lesley

Here are some Christmas traditions I’m glad we started and others I’d go back and change if I could.

via Throwback Thursday ~ 8 Christmas Tradition Do-Overs (and Do Over and Overs!) — Michelle Lesley

Scripture Reading: Isaiah 26:1-4 “You keep him in perfect peace whose mind is stayed on you, because he trusts You. Trust in the Lord forever, for the Lord God is an everlasting rock.” (Isaiah 26:3-4) Everyone of us desires peace of heart and mind. Our verses today tell us how to find peace and how to experience […]